Leaky pipes and flooded floors are the most frustrating issues people may encounter. Getting rid of these issues becomes their topmost priority. Most of them implement trenchless waterline repair or replacement technique as it is deemed the best way to limit water damage.

Unlike conventional methods that need extensive excavation and have a lengthy installation process, trench-less technique abide by one key notion – minimal digging.

There are ample ways to leverage trenchless process, depending on the damage happened to the pipe, and save both your home as well as money.

The trenchless technique is most widely used for sewer or waterline repair/replacement. It generally involves using spear-shaped equipment named Bursting Head, which is connected to the opposite end of the replacement pipe and fed through the damaged pipe via cable. This whole process is called pipe bursting because the cone-shaped end smashes the existing pipes into smithereens from within while installing the new pipe in a single, seamless process.

CIPP is mainly used for reinforcing the pre-existing pipes. This technique involves relining the line with the help of a seamless, PVC-infused liner that fills in the existing cracks and holes. Prior to relining, most experts leverage a process called hydro-jetting to radically clean the pipe. Once the liner is laid, it is sealed using steam of high pressure. This method is mainly used for minor damages because the line needs to be strong and durable enough to endure the lining process.

This type of trenchless waterline repair also uses CIPP technique. This pipe replacement process commences the moment experts introduce a small cable machine into the line being replaced. Also, there is a smaller pipe attached to the machine, which is sealed-in-place and works within the old pipe. This method is perfect for decayed or extremely old pipes that can’t withstand lining.

Inversion lining is another way of enhancing durability and fill in the holes of cracks in a pipe. In this method, the liner material is composed of a felt tube, which is placed in the pipe like above explained trench-less methods.

In a nutshell, trenchless waterline repair ways are far more than just repairing and replacing pipes as they can also be leveraged to avert future pipe damages. Besides, going trenchless is not only cost-effective but also highly preventative as well as safe. 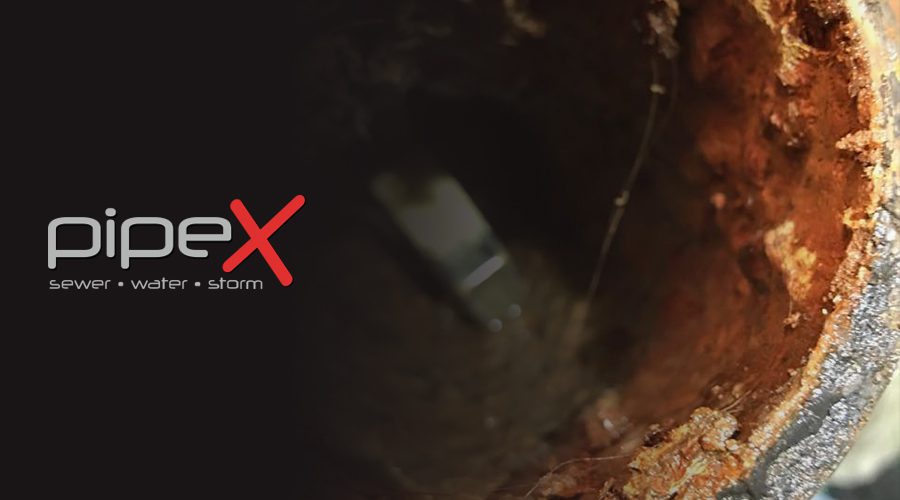 A sewer line blockage can be one of the worst catastrophes that can affect your home. It may starts as a minor blockage but end up backing up your home’s drains terribly. This is why you need frequent sewer line camera inspection to address the blockage and shield your home against water damage as well as avert further damage to your pipes. Since it is of utmost importance look after the health of your plumbing system, we have outlined a few common symptoms of a sewer line blockage to recognize the issue before it becomes severe.

When the sewer line functions properly, water drains quickly after using the sink or pouring the liquid down the drain. If your drain moves gradually, there is a chance that it could be linked to an issue with your sewer line. There can be accumulated material like grease, silt etc blocking the sewer line and slowing down the water draining.

Water back up is a common symptom of a sewer line blockage. If water is draining down in one fixture but coming up in another, it is certain that there is a problem in your sewer line. For instance, sometimes water comes up into the toilet while running the washing machine. It generally happens because water is unable to find any other place to drain to. In such a scenario, stop using the water and approach a sewer line expert post-haste.

If one drain is clogged, it can be eliminated immediately by clearing the pipe. But if the kitchen, toilet and shower are suffering from clogs altogether, there is probably an issue in your sewer line and not in the individual pipes. Multiple drains clogging together is a sign of plumbing emergency, which must be eradicated by availing drain cleaning services.

Experiencing a gurgling sound in the toilet, especially when someone is using another appliance somewhere else in your home clearly depicts that you have got blockage in your sewer line. It is normal for the shower or kitchen to affect the toilet which may indicate that water is backing up in the sewer line. You may also notice continuous flushing issues that can only be resolved with the help of experts.